Have you ever kayaked up Currambene Creek or explored the board walk at the Maritine Museum in Huskisson? Chances are you would have been surrounded by some fascinating trees, mud, solider crabs, fish and even some birds! Those fascinating trees, known as mangroves have much more going on than what meets the eye and are responsible for the incredible water clarity we see in Jervis Bay. 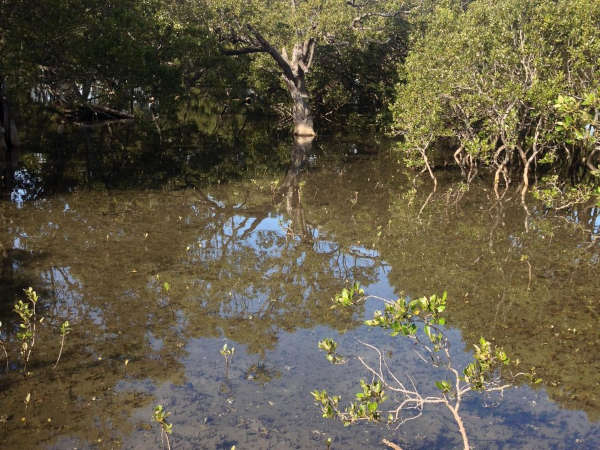 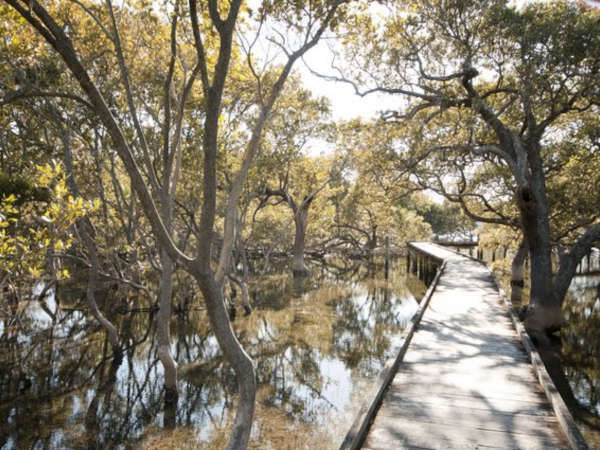 Mangroves are trees and shrubs living in salty (saline) coastal habitats in the tropics and subtropics. Mangroves are the lungs of the estuary ecosystems in which they live and thrive. They play a vital role in controlling erosion and protecting coastal environments from storm damage by trapping sediments reducing turbidity too!

Mangroves trap and turnover nutrients, maintaining the diversity and cycles of growth, death and decay within the ecosystem. Mangroves trap sediment, greatly reducing the turbidity in coastal waterways.

As mangroves are frequently inundated by water, their root systems (or feet) have evolved to cope with constant dampness. They have specialised root systems called pneumatophores (new-mat-o-fours) that rise up from beneath the ground and mudflats to take in air to help to plant breathe (kind of like an inbuilt snorkel).

What Mangroves do we have here?

The Grey Mangrove (Avicennia marina) is the most common species in NSW and Australia’s most widespread mangrove occurring in all mainland states.
The River Mangrove (Aegiceras corniculatum) is another species of mangrove that occurs in Jervis Bay area.

A couple of Mangrove trivia

Australia has the third largest area of mangroves in the world- around 11 500 km2! Only Behind tropical Indonesia and Brazil!

67% of commercial fishes in Australia use mangrove and estuary ecosystems as important nurseries.