This months familiar Fluke is “BLACK BETTY” – a crowd favourite!

Some of our friends, followers and passengers may remember a nearly completely black whale we encountered inside Jervis Bay last October. She was here with her calf for 3-4 days and was pretty easy to recognise due to her pigmentation. The great majority of Humpback Whales (post whaling) that we see here on the East Coast of Australia have White bellies. (previously we may have seen more) 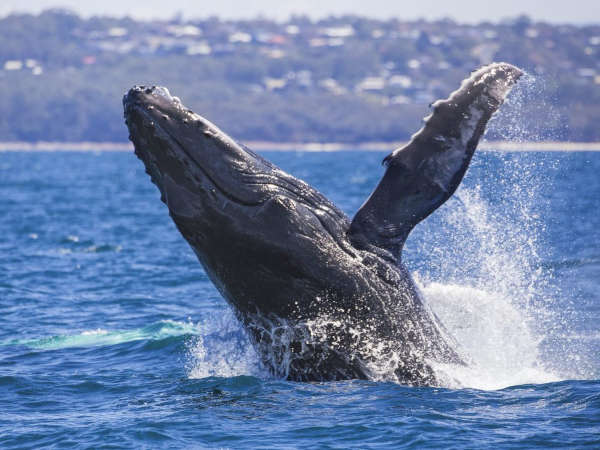 Upon some further research and information provided by Marine Mammal Research we learned there are four types of known Humpback whale pigmentation! While we commonly encounter type 2- “white colouration extends to the body mid line or slightly above, with colouration generally observed in the area of the caudal peduncle” . The lovely lady ‘Black Betty’ could be ascribed to pigment ‘type 4’ “lack of obvious pigmentation patterns” (See FIG.8- Pigementation). 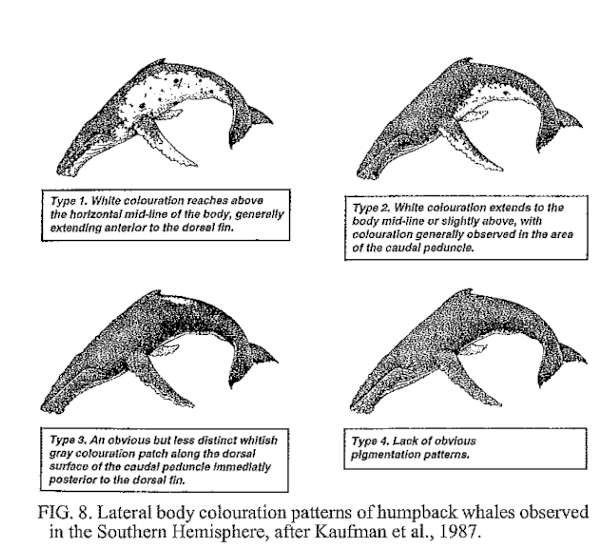 So, Black Betty could be a combination of true Type 4. full black humpback whale. With ancestry from the northern hemisphere now part of a new generation sub group of calf that have come from the cross over with our southern hemisphere Cow’s (mother) or Bulls (male).

Whales such as ‘Black Betty’ are now travelling on the Australian east coast migration. Our sighting and others accounted from Queensland in recent years of calves and adults within this new population, post east coast whaling days. Or, it could also be a case of whales not exposing their dark undersides (type 4 pigmentation) unless breaching or viewed at closer proximity. 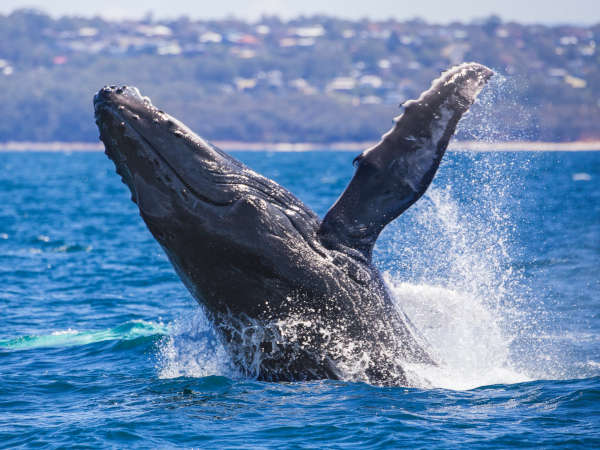 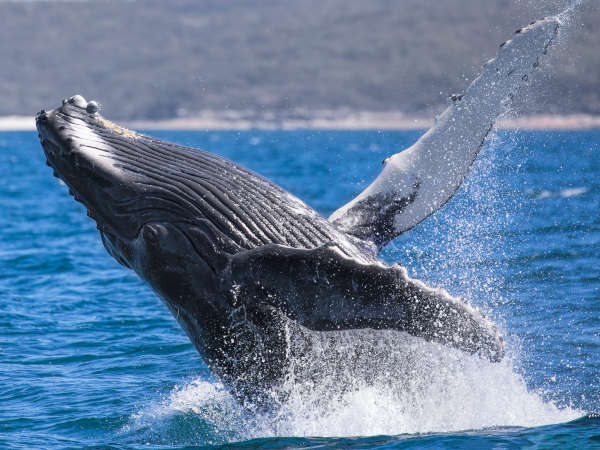 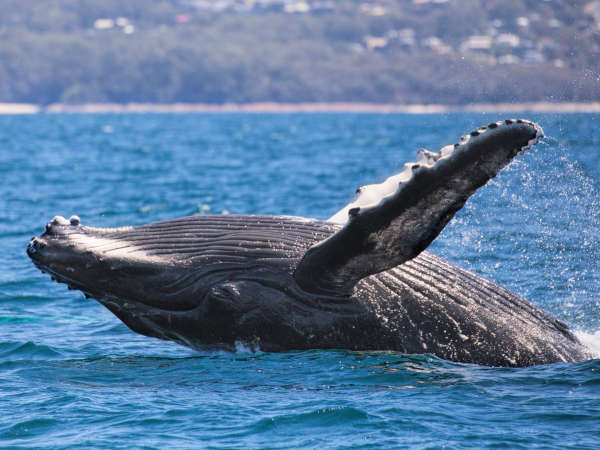 Could Black Betty come back again on the next migrations? Book your tickets today and see if you can spot her!
Book Now